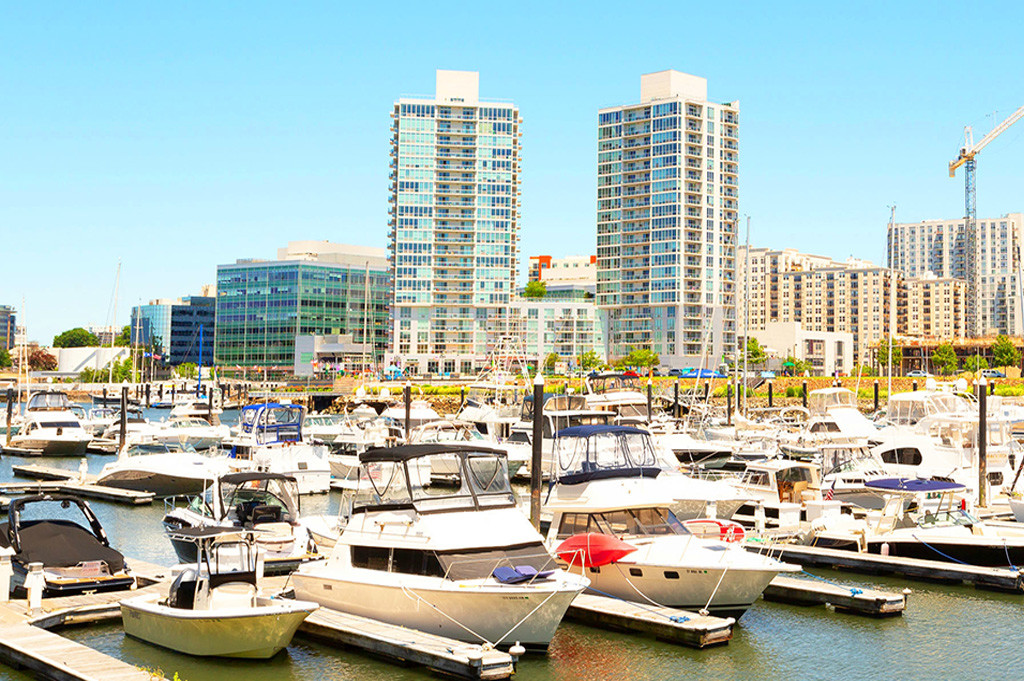 If, as Mel Brooks posited, it’s good to be the king, then it’s certainly good to be Stamford right now. The city that claims to have been “Innovating since 1641” is one of the state’s — never mind Fairfield County’s — brightest stars at the moment in terms of business development, housing, population growth and potential.

The secret, according to Director of Economic Development Thomas Madden? “We have an absolutely great product that everybody’s buying.”

Madden’s bold statement is backed up by data the city recently released in a report on its various activities during the third quarter of last year. During that time:

Stamford’s labor force grew by almost 1,000 people over the previous quarter, while the unemployment rate dropped from 4 percent to 3.6 percent – less than both the state average unemployment rate of 3.8 percent and the national average unemployment rate of 3.9 percent.
Leasing activity totaled nearly 763,000 square feet, up from roughly 171,000 square feet during the previous quarter, which Madden noted was due in large part to Charter Communications’ 532,000-square-foot build-to-suit headquarters, which is under construction at 406 Washington Blvd. Other significant deals included Gartner’s 57,000-square-foot expansion at 700 Fairfield Ave. and KPMG’s relocation to 677 Washington Blvd., where it will occupy the entire fourth floor.
Total home sales for the quarter topped over $141 million, only about $1 million more than Q3 2017 but $10 million more than Q3 2016. On the apartment side, the 175-unit Element One sold for $78 million in the city’s largest residential sale of the year, while work was completed on the 78-unit affordable-housing property Park 215 and the 218-unit luxury apartment property Harbor Landing, part of Stamford’s burgeoning Harbor Point development. All told, the city maintains that it had 4,893 apartments in development during the July-September 2018 period.

In 2013, Stamford overtook Hartford as the third-largest city in the state. As of 2017, it was just 190 residents away from toppling New Haven from its second-largest perch and is expected to accomplish that this year. (Bridgeport, at 146,579, should stay No. 1 for some time.)

Madden said that buzz begets buzz. “We’re in constant communication with real estate managers from different companies, telling them to come look at us,” he said. “And we continue to market ourselves to companies based in New York.”

That effort includes the Fairfield County Five, the regional marketing initiative consisting of the mayors or first selectmen and the economic development heads of Fairfield, Greenwich, Norwalk, Stamford and Westport. Following two successful networking events over the past two years, Madden – who in effect came up with the idea with Stamford Mayor David Martin – said plans are afoot to try two more in 2019.

Though details have yet to be finalized, “We’ve been talking about having an event in Greenwich, bringing companies up and showing them the area,” he said. “Now with the Opportunity Zones that have been created, we’re eager to show what places there are here to come and invest in.”

“We have a pretty good list of companies that are looking to expand,” he said. “What we want to do is to cut out the red tape and make the process of moving or developing here as smooth and easy as possible.”

While there’s no shortage of new construction to look forward to — Urby Stamford, a combination 648-unit, 5,100-square-foot retail property at 57 Greyrock Place; The Smyth, a 435-unit apartment building at 885 Washington Blvd.; and the Charter headquarters are all scheduled to be finished in 2020 — Madden said there’s still room for improvement when it comes to Stamford’s vacancy rate.

That figure is estimated at around 14 percent citywide and a surprisingly high 30 percent in the downtown area, skewed by the longstanding problem of finding a replacement for UBS in the 700,000-square-foot building at 677 Washington Blvd., which until the KPMG announcement has been vacant since 2016.

Madden said he expects building owner AVG Partners, which acquired it for $54.2 million last year, to be “very aggressive” in marketing the property.

In addition, the “live, work, play” vibe that has helped downtown and Harbor Point can be a double-edged sword, he said. “There’s a younger crowd that wants to live in the area or at least be able to get to it by hopping on a train, with all the amenities nearby. It’s like the university campus lifestyle, living in dorms but with great views and everything nearby — restaurants, parks, nightlife, all the things people want to experience.”

Unfortunately that lifestyle does not extend away from those areas, leaving the city still struggling with what to do with aging, vacated corporate parks that don’t serve up those aforementioned attractions. Repurposing those properties is something that Stamford has been trying to do, but making the necessary zoning changes to allow such adaptive reuses has been a hard sell to residents in those areas.

Still, it’s a good time to be in Stamford, Madden said, noting that a recent, glowing profile in Delta Air Lines’ in-flight magazine had been a pleasant surprise.

“That really helped put Stamford on another level,” he said. “We’ve been getting I don’t know how many texts and emails from people on planes asking all about the city. It’s a great position to be in.”