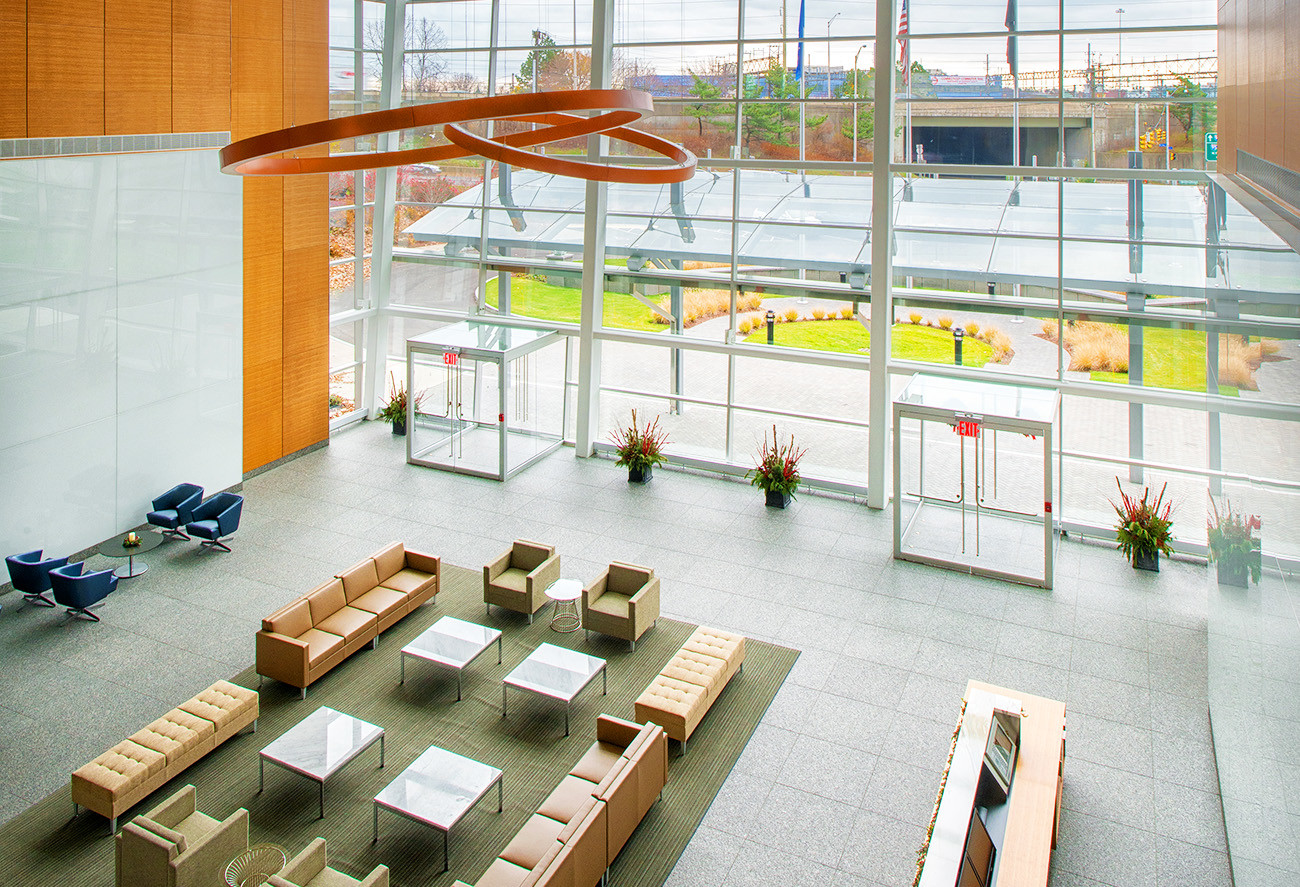 A visitor’s view from the sixth floor of 200 Elm St. extends more than the length of a football field — without even gazing through a window.

Only a few partitions and steel support beams now stand in that expanse in the BLT Financial Centre, which includes 200 Elm St. and the adjoining clock tower building at 695 East Main St. But hundreds of players will walk the same area within the next year. Henkel Consumer Goods signed earlier this year a lease for 135,000 square feet on the entire sixth floor and most of the fifth level of the Elm Street building, one of the cornerstone properties of downtown Stamford.

Large and longstanding vacancies have dominated the landscape at the BLT Financial Centre and many other parts of the city in recent years, as the office sector has reconfigured itself in response to the last recession and a fast-changing workplace culture.

Neither the BLT landmark nor Stamford’s overall office sector are operating near capacity, but the arrival of the likes of Henkel has spurred hopes among realtors, property owners and others in the city’s business community that Stamford’s economic growth will soon rouse the market from its recent torpor.

“The Stamford market didn’t have a lot of velocity for the last couple of years,” Building and Land Technology Executive Vice President Leslie Whatley said in an interview last week. “It’s an encouraging sign for the city of Stamford, as well as for the building, that we’ve had such activity and that we’ve got two strong tenants so far.”

Stamford enjoyed robust activity in its office market during much of the decade before the last recession. The expansion of financial-services powerhouses like UBS fueled the growth.

“That is when you saw the vacancy rates go from the 20s into the single digits,” said Jack Condlin, president and CEO of the Stamford Chamber of Commerce. “It was a great shot in the arm. You started to see more hedge funds and more financial sector businesses move into Stamford.”

The onset of the Great Recession in 2008 and its protracted fallout roiled the city’s real estate market. As many companies cut their workforces or relocated their local contingents, office availability surged. The Fairfield County vacancy rate rose from about 15 percent in the third quarter of 2007 to more than 20 percent by the third quarter of 2009, according to data from the Manhattan-based commercial real estate firm Newmark Grubb Knight Frank.

During the past year, a now-embattled UBS has moved employees out of its longtime downtown hub at 677 Washington Blvd. The 720,000-square-foot complex houses one of the world’s largest trading floors, which covers about 100,000 square feet.

Approximately 900 UBS employees now work across the street at 600 Washington Blvd., the Americas headquarters of Royal Bank of Scotland, according to a count given earlier this year by UBS. A series of layoffs that has reduced RBS’ Stamford contingent by about 500 people in the past two years created much of the space that UBS has taken.

UBS did not respond to a message seeking comment on its Stamford operations.

The BLT Financial Centre languished for several years after the 2010 departure of reinsurance giant Gen Re, which moved to a Long Ridge Road campus. BLT acquired the property in 2012, when it was entirely vacant. It then embarked on a top-to-bottom renovation of the nearly 590,000-square-foot complex.