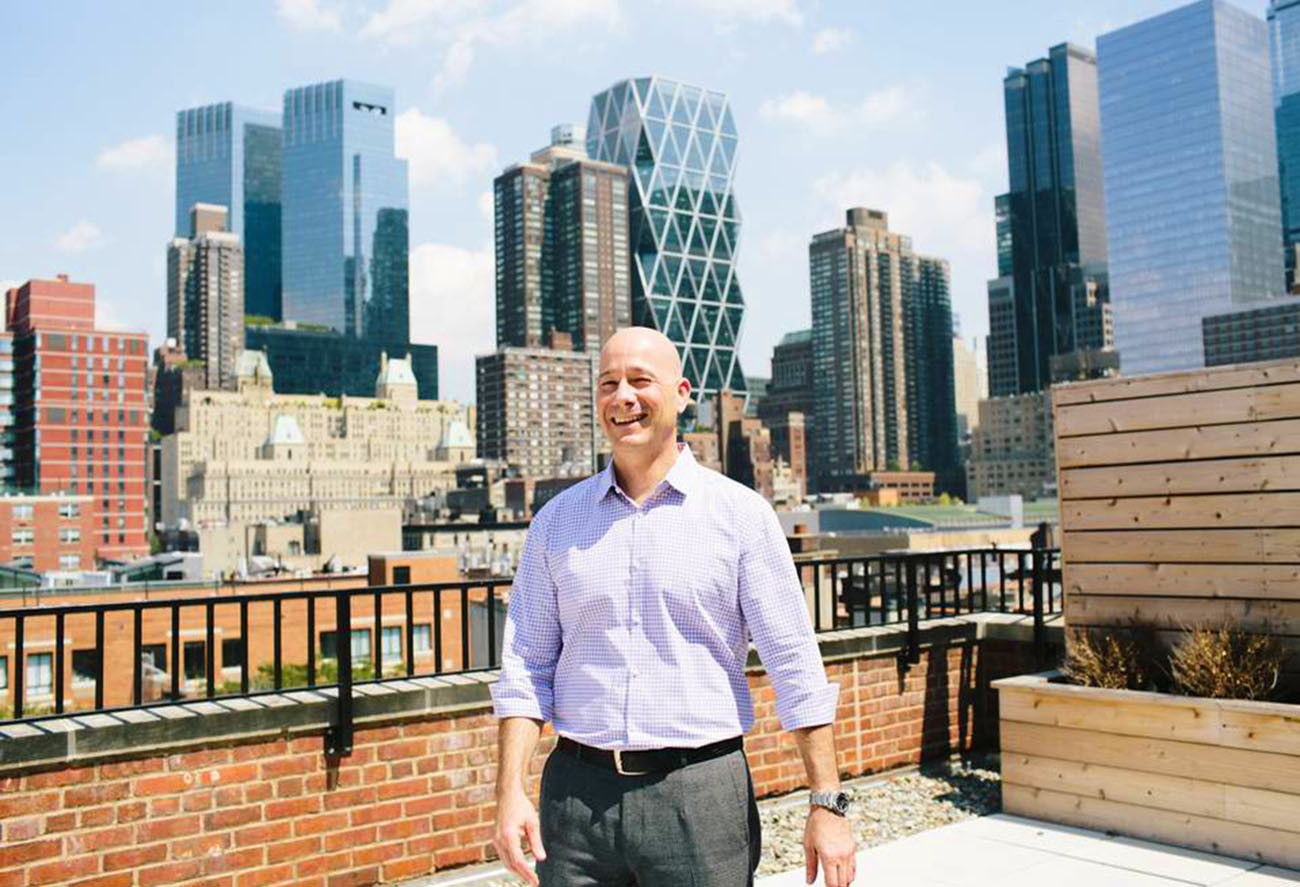 Danny Fishman has visited all of Harbor Point’s apartment buildings — and all of its restaurants, bars, pharmacies and grocery stores.

Since last summer, Fishman and his colleagues at the Manhattan-based Gaia Real Estate have established a constant presence in the mixed-use development in the city’s South End. Those trips have produced one of the biggest real estate deals in the city’s history as the firm acquired five Harbor Point apartment buildings for approximately $395 million earlier this month.

Gaia’s acquisition recognized the transformation in recent years of the South End and showed that a growing number of investors view Stamford as an emerging city with significant growth potential.

“We think of Stamford as part of the greater New York metropolitan area; we look at it almost like Brooklyn,” Fishman, a Gaia managing partner and co-founder, said in an interview last week at the company’s midtown Manhattan headquarters. “The mix of Harbor Point’s potential, the urban feeling and proximity to work and New York City make it a unique place.”

The sale ranked as the largest in the city since a group of buildings at Landmark Square in downtown Stamford sold in 2007. For Gaia, the purchase represents its second largest since its 2009 founding.

Fishman and his colleagues had tracked Stamford’s growth for years, but they began to seriously contemplate in the summer making their first move in the city. As he and his colleagues got to know Stamford, Fishman said he noticed a gap between the city’s reputation and their experience on the ground.

“The perception is a little bit old-school, like of an aristocratic place, Wall Street,” Fishman said. “In reality, you find a place that is very vibrant, urban and cool, with young professionals and restaurants and bars and parks full of people and kids and pets. I ate at least once in every restaurant and had a drink at least once in every bar in Harbor Point.”

Since BLT began construction in 2009, a once-industrial section of the city’s waterfront has transformed into an approximately 100-acre development; Harbor Point now houses some 2,360 apartments, with another 2,400 planned.

Secondary-market cities like Stamford appeal to real estate investors looking for a faster return than they would receive in core markets like New York City, said David Eyzenberg, founder and managing partner of Eyzenberg & Co., a Manhattan real estate investment bank, and an adjunct professor in New York University’s Stern School of Business. Investors see more volatility in secondary markets and require higher current returns for properties in those areas, he said.

“You are effectively getting a substantial return faster, as the New York deal requires you to wait until the very end to make the substantial portion of your profit,” Eyzenberg said in an email.

Fishman, 50, was born in Jerusalem. He has worked almost 25 years in fund management, real estate and related fields.

Since 2009, Gaia has invested more than $2.5 billion, with its portfolio including some 18,000 apartments and approximately 575,000 square feet of office space. The firm’s name refers to the Greek goddess of Earth.

The company started out in the recession buying up New York City condo properties at deeply discounted rates, working with developers who needed the business to meet sales thresholds to open their new buildings.

“We saw an opportunity to buy,” Fishman said. “We were not afraid that it was the end of the world, as people thought in 2009. … In retrospect, we should have bought everything we saw in 2009.”

Gaia will employ about 30 in Stamford to manage the Harbor Point properties, Fishman said.

Rents would not go up, Fishman said.

The Harbor Point buildings represents a long-term investment, and the firm would also consider buying other Harbor Point apartment buildings and residential properties elsewhere in Stamford, he said.

“I was very much impressed by them,” said Stamford Chamber of Commerce President and CEO Jack Condlin, who met last week with Gaia executives. “They very quickly convinced me they’re here for the long term. They’re going to increase the value of their buildings. I see them as buying a lot of property here.”

Citing the emergence in recent years of the “Silicon Alley” technology sector in New York City, Fishman said that he sees similar potential in Stamford.

“If startups have offices in Stamford, a lot of the employees will want to live in Stamford, and they will live in Harbor Point or downtown,” Fishman said. “New industries are coming. I don’t see any reason why Stamford won’t be part of all these things.”