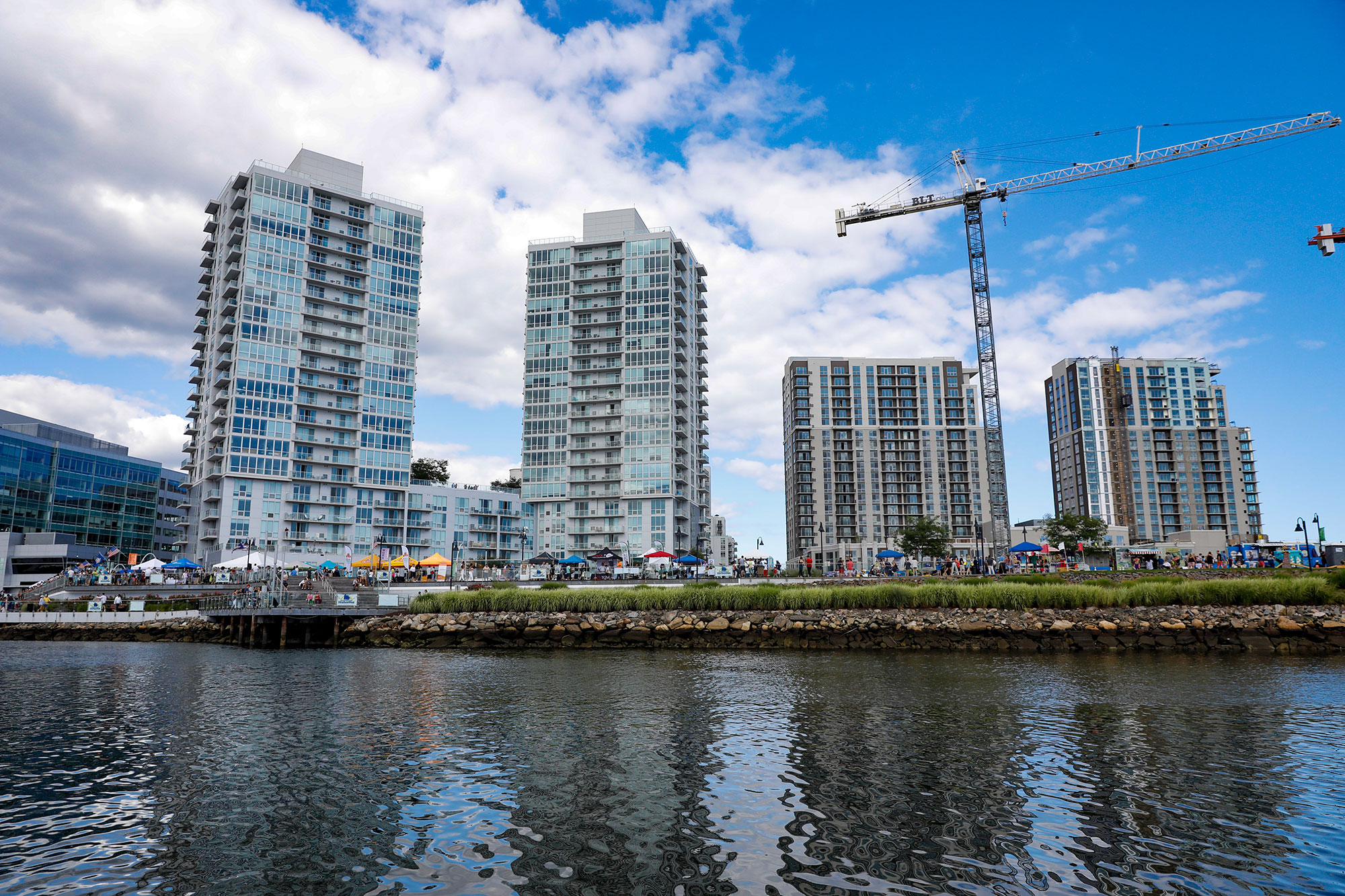 Affordable housing may be increasingly hard to come by around the country, but commercial real estate developer Building and Land Technology (BLT) says it’s actively working to address that problem in Stamford and Norwalk. “A lot of people have the impression that all the new development going on hasn’t created opportunities for BMR (below market rate) units,” said BLT CEO Ted Ferrarone. “That is a misperception.”

Affordable housing need not be viewed as a “second-class” proposition, Ferrarone said, noting that all residents can take advantage of Harbor Point’s waterfront mixed-use community, which includes over 200 events, year-round recreation, a plethora of restaurants and retailers as well as its 5 marinas. In Norwalk, BMRs average $1,336 for a 1-bedroom and $1,561 for a 2-bedroom unit. There, a three-building, 700-unit apartment complex at 150 Glover Ave. called The Curb is in the midst of construction. The first building was completed in the spring with the second expected to be finished this fall and the third now beginning construction. Roughly 10% will be BMR when it’s completed, Ferrarone said.

Ferrarone noted that BLT is hardly the only developer to include BMR units in its buildings, but that, given the amount of construction it is involved with in those communities, it can be viewed as a leader when it comes to making affordable housing available. “As every project comes on, there are hundreds of opportunities” for adding affordable housing, he said. “And with something like Allure, it’s new, first-class affordable housing that’s done right.”

The developer works regularly with such organizations as Charter Oak Communities — formerly the Stamford Housing Authority — and Inspirica Inc. to provide affordable housing to those in need, Ferrarone said. BLT is in talks with Inspirica for a new affordable-housing project, he said, and has “a larger project” on tap with the Housing Development Fund, a Stamford counseling and lending agency certified by the U.S. Department of Housing and Urban Development (HUD). “There are also two more projects that are about to start,” he added. “The strategy is to partner with a couple of housing not-for-profits to create more BMR units.”

At the start of the year, BLT announced it had finished the active remediation of approximately 90 acres of formerly environmentally impacted land in Stamford’s South End and Waterside neighborhoods in the Harbor Point area, transforming those sites from empty brownfields into productive, modern, tax-generating uses. Remedial actions included excavation and off-site disposal of more than 200,000 cubic yards of polluted soil, installation of more than 50 acres of geomembrane engineered controls, construction of vapor barriers and mitigation systems and the reuse of more than 100,000 cubic yards of crushed concrete and recycled stone. The developer’s remediation efforts at Harbor Point received a Sustainable Communities Brownfield Redevelopment Award from the Brownfield Coalition of the Northeast (BCONE). “These properties now host nearly 3,000 new market-rate and affordable apartments, four Class A office buildings, more than 150,000 square feet of retail space with dozens of new tenants, the Waterside School, over a dozen acres of new public parks and vibrant public waterfront,” BLT Chairman Carl R. Kuehner III said at the time.

The affordable-housing crisis in the U.S. has been well documented. According to advocacy group Home1, 11 million Americans – roughly the populations of New York City and Chicago combined – spend more than half their paycheck on rent. In 2016, 47% of renters were classified as being “cost-burdened” – spending 30% or more of their income on rent – representing a 10% increase since 1960, according to the Joint Center for Housing Studies of Harvard University. A National Low Income Housing Coalition report published in February found that a renter working 40 hours a week and earning minimum wage could not afford a two-bedroom apartment in any of the nation’s 3,000-plus counties.

Ferrarone noted that BLT also tries to rejuvenate existing properties, with the most recent being Pacific Street Firehouse on 686 Pacific St. in Stamford. BLT subsidiary Pacific Street LLC purchased the building from the city in 2017 and spent the ensuring two years renovating the long-abandoned two-story structure, which had been in service from the early 1900s to 2002. “The city had moved out, but saw there could be some prospects for turning it into something else,” Ferrarone said. As a result, BLT has put “a huge sign” on the new building’s façade inviting residents’ suggestions; nearly 400 emails have been received, he said. “It’s definitely struck a nerve,” he added. “We felt it was important to get the community’s opinion, which is something we try to do whenever it’s possible.”