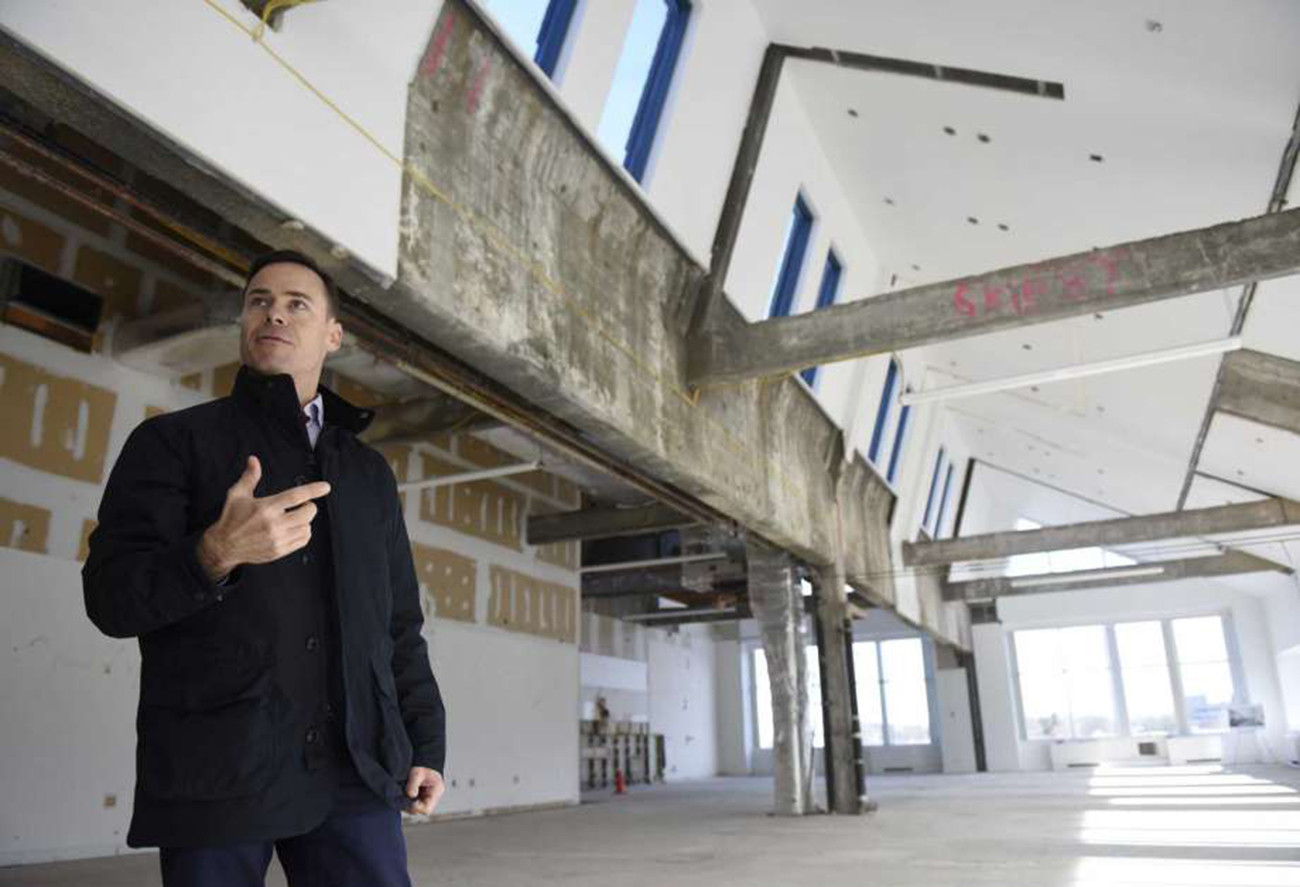 A sluggish office market is not slowing the expansion of one of southwestern Connecticut’s most prominent developers.

During the past year, Stamford-based Building and Land Technology has redeveloped a harborfront complex that includes some 220,000 square feet of office space on Southfield Avenue in the city’s Waterside section. In a city with a roughly 30 percent office-vacancy rate, BLT also owns other large office hubs — some of which have empty space. But executives think their recent acquisition does not dilute their portfolio.

At the start of 2017, BLT acquired the five-building office campus for an undisclosed amount. The offices were formerly known as Stamford Landing.

BLT already owned the adjacent site, where it is building 218 apartments and the Hinckley boatyard. Two restaurants, Prime and Crab Shell, stand on the property.

The offices, residences and boatyard now comprise one mixed-use development, which BLT has named “Harbor Landing.”

Costing millions of dollars — BLT declined to give a specific total — the office improvements have transformed the structures.

“Until earlier this year, if you came into this space, this was all closed off,” said Ferrarone, walking through the second level of the No. 1 building. “There was a mezzanine up here, so you couldn’t actually see the high ceilings and sawtooth roof. We’re opening that up, and embracing what the building is, which is this really interesting industrial structure that has great office space.”

“It’s a completely different product,” said Christian Bangert, Rhys’ executive vice president. “This space is very easily divisible and has that unique factor of the ceiling heights and views.”

“There’s not a lot of office demand driven by waterfront locations in the area currently, especially with the shipping industry in its current condition,” said Ed Tonnessen, executive managing director of commercial real estate firm JLL’s Stamford office. “There are a lot of choices at that value price point. You could be at (I-95’s) Exit 9, or in downtown Stamford or by the (Merritt) parkway. There’s space all over at the same price point as Stamford Landing.”

Looking across the water to the South End, BLT officials can see from Harbor Landing their recent successes — and travails — in the office market.

It has fully leased its office buildings at 2200 Atlantic St., and 100 Washington Blvd. Those properties form part of the mixed-use Harbor Point complex, which also includes more than 2,700 apartments.

“We got great feedback on those buildings,” Ferrarone said. “We knew there would be real demand to come down again to the waterfront. We knew we could execute the same thing here.”

But BLT also owns the city’s second-largest office vacancy, the approximately 470,000-square-foot Silicon Harbor complex at 1 Elmcroft Road. Acquired in July 2015 for $38.5 million, the building is empty except for BLT’s offices.

Standing next to Harbor Point, the property formerly housed Pitney Bowes’ headquarters, before the technology firm moved to a smaller base in the city at 3001 Summer St.

About a mile-and-a-half away in the downtown, BLT owns the nearly 600,000-square-foot complex at 200 Elm St.-695 E. Main St., whose tenants include Deloitte, Henkel and RSM. The latest recruit, Greenwich hedge fund Tudor Investment Corp., is scheduled to move in the spring to offices covering about 24,000 square feet.

The complex, which is also known as the BLT Financial Centre, is now about half full. It stood totally vacant when BLT took it over in 2012, after the departure a couple of years earlier of reinsurer Gen Re to a new headquarters on Long Ridge Road.

While it looks to fill its existing properties, BLT is also planning to substantially increase the city’s office inventory. At the Gateway Harbor Point complex at 406 Washington Blvd., it has proposed building a 500,000-square-foot tower to house a new headquarters for Charter Communications.

“It’s slow, steady and patient — that’s my view for BLT and the Stamford market overall,” Tonnessen said. “I don’t see anything popping that’s going to be a tangible opportunity to fill a lot of space. But I think the worst is behind us. The best-positioned products will be the first to lease. BLT is nimble and aggressive, so I think they will fare well.”